… will Stirling Hunt risk it all on a daring rescue deep in the African jungle?

The Prime Minister’s only child is kidnapped after botched coup d’etat on a mineral rich African nation. One of Stirling Hunt’s oldest friends is with him. Hunt is the only man with the unique skills and knowledge to save his life.

The hostages are being held deep in the west African jungle. And the hostage-taker is demanding something the UK Government cannot give. With the Prime Minister losing patience and ready to invade, the countdown to war has started.

Someone knows who was behind the kidnapping, and Hunt is drawn back into the murk of international espionage, where the people smile to your face and hold knives behind their backs. While others are plotting to start a war, Stirling knows he needs to find answers.

As powerful forces in the deep state conspire to overthrow the Government, can Hunt uncover the plot, save the hostages, and avert an international disaster before it’s too late? 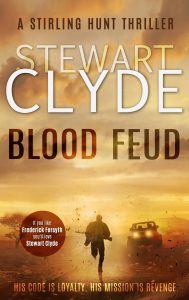